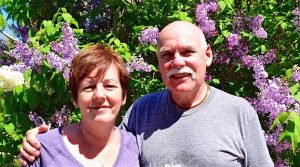 Les comes to First Baptist after pastoring at Kaleden Community Church for the past 25 years. Calling New Brunswick home, Les and his wife Kathy have lived in the West for the past 37 years (Saskatchewan and British Columbia). They have three adult children.

An avid sports participant through the years, Les now finds himself ‘retired’ from active participation but very much a passionate fan. Les also enjoys the “out-of-doors” – walking, hiking, canoeing, snow shoeing and always has his ever-present camera at its ready.

You can reach Pastor Les at: Les@fbcpenticton.com 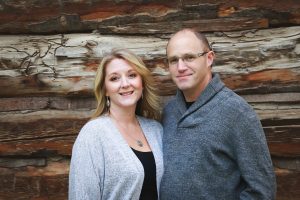 Clark came to know Jesus at Cathedral Pines Camp near Ketchum, Idaho at the age of 12. He grew up attending Twin Falls First Baptist Church with his family and volunteered as the youth director for a few years as a young adult. Through this experience Clark wanted to pursue a degree in Youth Ministry. Clark attended Briercrest College and Seminary in Caronport, SK. He graduated with a BA in Youth Ministry in 2003, a Masters degree in New Testament Theology in 2006 and a Master of Divinity degree in 2017 from Carey Theological College. Clark came to Penticton in 2005 after accepting the Youth Pastor position at First Baptist, he had transitioned into the Co-Pastoring role and enjoys being involved in children’s, youth and adult ministries.

Clark is married to Correna; they have three children. Clark is passionate about gardening, running, and  spending time with his kids.

You can reach Pastor Clark at: Clark@fbcpenticton.com

Connie was a Saskatchewan girl, growing up in Swift Current. She attended Vancouver Bible College, and then Trinity Western University where she was an English-major. She met Lorne there, subsequently wed, and moved with him to his home-town – Penticton.  However, employment was scarce and after a year they headed to the Prairies to find better work. A number of years each were spent in Saskatchewan and Alberta, before coming back to Penticton last year. After working as a Purchaser in SK for a number of years, Connie entered the world of newspapers in the mid ‘90’s: She spent almost 25 years working for small-town papers in Saskatchewan, and for the Edmonton Journal.

Connie and Lorne have two sons, and four grandchildren, all but one of which also now live in Penticton.

You can reach Connie at: Office@fbcpenticton.com